Museum of the Broads. 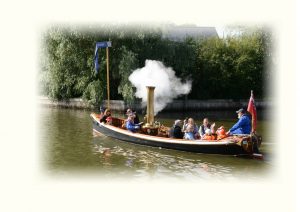 Museum of the Broads.

The only waterside museum of Broadland life, in a traditional setting at Stalham Staithe on the Norfolk Broads. Discover the boats of the Broads and how people’s working lives shaped the landscape. Enjoy displays, videos and a playboat in a tranquil and picturesque location.

This tiny marshman’s cottage situated on the River Ant, was home for a whole family in Victorian times. See how they lived and the tools they used for working on the marshes. The cottage also has information and displays about How Hill and the Broads.Marshman’s cottage in the grounds of How Hill, the atmosphere of Victorian country living.

Discover Great Yarmouth’s fascinating history, its rich maritime and fishing heritage and some of the colourful characters who made their living from the sea.

Lowestoft Maritime Museum was established in 1958 by the Lowestoft and East Suffolk Maritime Society, a registered charity.

Caister Castle was commissioned in 1432 by Sir John Fastolf. The 90 foot tower remains intact and visitors can climb to the top for a magnificent view of the castle ruins and the surrounding area. The castle is of historical interest both because it is one of earliest buildings in England of importance to use brick as the main construction material and because of its connection with Fastolf and later the Paston family.

The Castle is currently home to the largest private collection of motor vehicles in Britain which is housed in a purpose built museum and includes many fine and rare veteran, vintage, classic, sports and touring automobiles and motorcycles.

The Museum was opened at this site in 1954 when the engines were moved here from North Walsham where the engine collection as it was then was previously housed, and it was in this year also that the first engine, a Marshall was purchased.

The Museum houses what is believed to be the largest private collection of steam engines in the UK. Many of the engines housed here are still in good working order.Nicholas Everitt Park Museum at Oulton (large collection of Lowestoft porcelain).

Explore Nelson’s childhood in Norfolk, his career, famous battles and tragic, heroic death.  Find out more about his mesmerising personality, his terrible wounds and his many illnesses – not to mention his complicated love life!  Discover Life Below Decks, play ship’s games or simply relax in the picnic area of the Maritime Courtyard and admire the new Georgian herb garden.

Discover Victorian life ‘upstairs and downstairs’ and find out what is was really like to work in the kitchen and scullery. Decide for yourself if the death of Charles I was plotted in the Conspiracy Room. Dress the family in Tudor costumes. Let children play in the activity packed toy room, and relax in the small, but delightful, walled garden.

Visit one of the oldest prisons in the country and explore Great Yarmouth’s story of crime and punishment. Use the free audio guide to hear the gaoler and his prisoners describe their experiences. Discover the fate of thieves, smugglers, witches, pirates and murderers when punishment included transportation and execution.